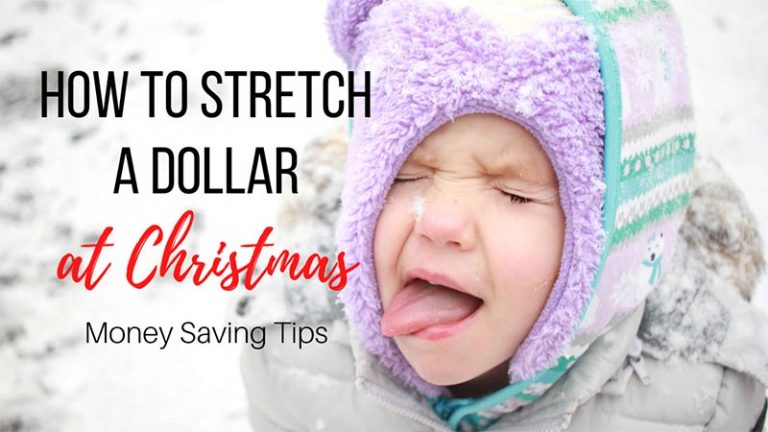 Our get out of Debt Journey- Christmas 2019- Did we stick to our budget? or did we break the bank? So Money saving tips for christmas that we learned along the way.

We started this get out of debt journey in September 2018. So when Christmas rolled around in December 2018 it was hard saying no to ourselves, to our kids and to our extended family.

We never really went completely crazy with the mountain of gifts under the tree. But like it or not, things start to add up. Even a few things can become a few hundred dollars.

So in 2018 we learned some Christmas lessons and tricks that we brought with us to Christmas each year.

Going from putting it on a credit card and paying for it until June or July, was no longer an option.

Save this for later! 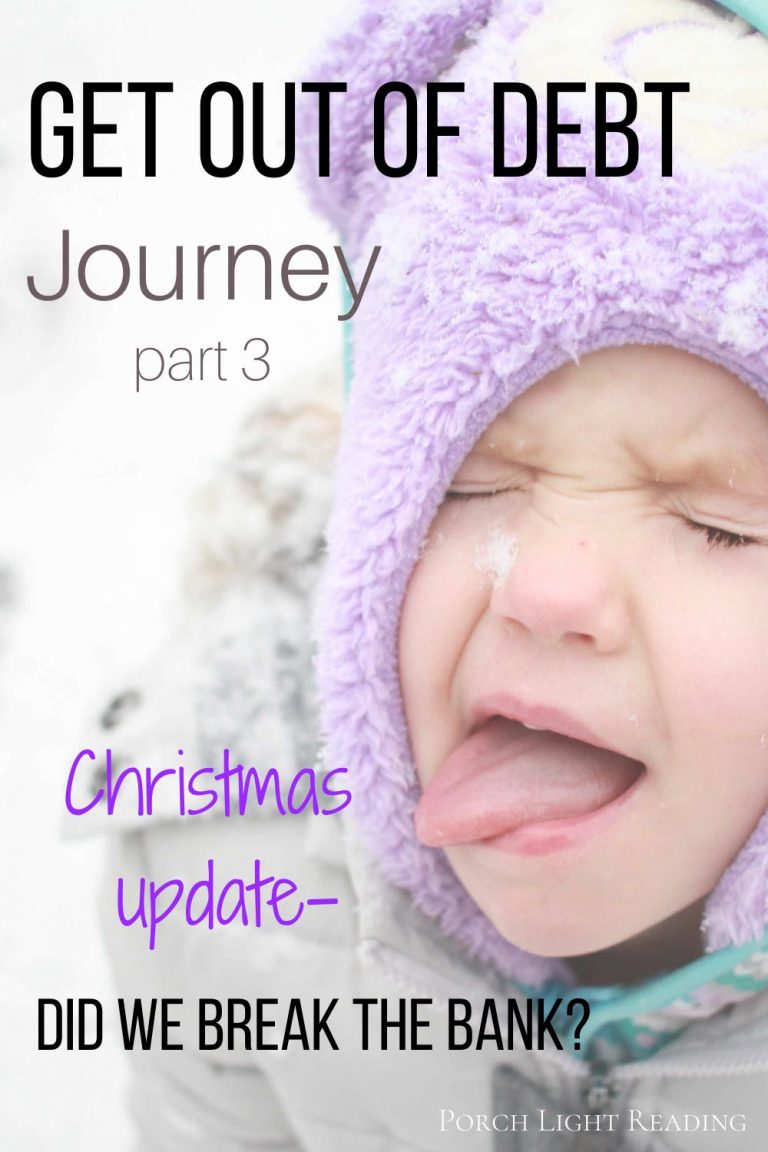 Getting out of debt with these christmas savings & tips

Thrift stores can be hit or miss, but when the holiday season rolls around other moms are doing exactly what you are doing. Cleaning out the toys that their kids no longer play with and the clothes that no longer fit.

It’s time to get out of the mind frame that everything needs to be brand new. New to them, in good condition, is perfect.

Cards and Photos for Extended Family

I don’t mean photo cards. You can find a good deal on those but the thought of spending $40, plus another $20 on stamps, killed me! They were just going to throw them away in January anyway!

But, if I bought Christmas cards in bulk and bought a bunch of 4×6’s from Walgreens, I was sure most of those beautiful photos would make it to their refrigerator for a year round smile.

Now I say Walgreens because a few other places I tried on the inexpensive, came out terrible! Not even worth .23 cents, sort of terrible. Professional photos are important, but for now this was what I needed to do.

Easier said than done right? But the truth is Christmas is expensive enough for immediate family. Now throw in friends, neighbors, co workers, teachers, aunts, uncles, family friends, grandparents, great grandparents, the mail man. Ok maybe not the mail man but you know he deserves it. For extended family Christmas photos and chocolate are the way to go. Since we are military, we have the added complication of having to mail everything back home. Unless you say no completely, you have to budget in the post office. Its just a fact when you don’t live close to home. So mailing things that fit in a flat rate box or light and small, is a must.  When it comes to larger Christmas parties, suggest a Yankee swap AKA white elephant. We do one for the adults and a secret Santa for the kids. We all have so much fun and the kids go home with something that was thought of specifically for them.

We still have more people we want to show some love to. Our neighbors know the journey that we are going on to get out of debt. So having a budget conversation with them was ok. They know we need to send things home and they also know we WANT to show our Christmas spirit to one another.

So a Christmas cookie exchange was the way to go! The kids personalized the cookies for each other and she even added a special surprise of mint chocolate popcorn!

As we get older we realize that quality time we spend with one another is far more important than the amount of things, gag gifts and lotion sets we exchange as a Christmas obligation.

2018 vs Now- Getting out of debt difference

Since we have been on this get out of debt journey for a while now, we had a little more wiggle room in the budget.

We still do a lot of thrift store shopping; we send home photos and chocolate. The white elephant and secret Santa is always a blast (more so for the ones not covered in wrapping paper glitter) and our neighbor friends have the best cookies to exchange. We even added building ginger bread houses with each other.

And even though we did use our credit card, we stuck to our budget and paid it off completely in January. Not June. Not July.

Starting this year off right as we continue on our Journey of getting out of debt. 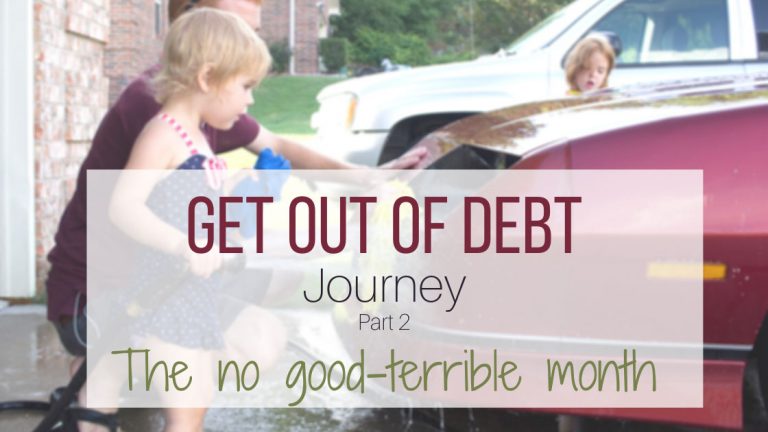 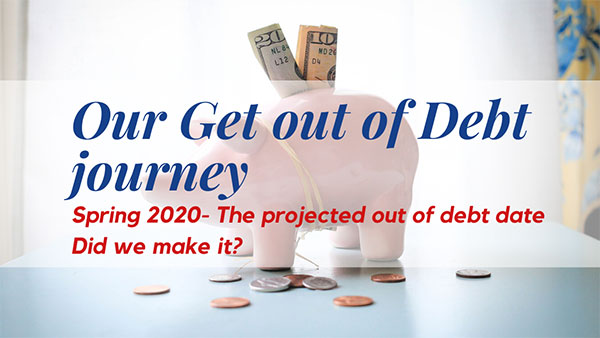 Get out of Debt Journey-Part 4- The projected date 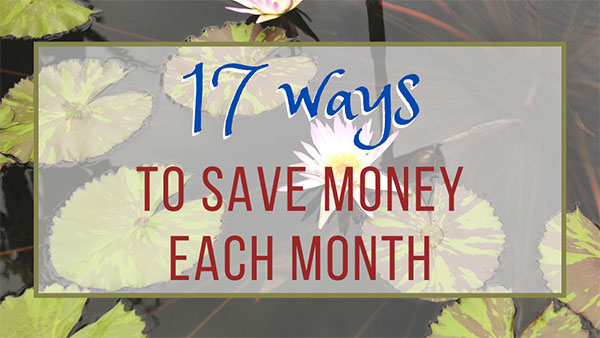 17- simple ways to save money each month

Hi I’m Sara, and this is my family. My husband and I grew up in New England with apple picking and swimming in the ocean. Since then he joined the military and off we are raising a family. We move from time to time and every place we go we explore new places, eat like the locals and redecorate our home. I’m glad you stopped by. 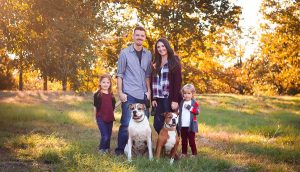 We are a participant in the Amazon Services LLC Associates Program, an affiliate advertising program.